North Rhine-Westphalia (abbreviated as NRW) is located in the west of Germany and is the heaviest populated of the 16 Federal states, with around 18 million inhabitants. Its capital city is Düsseldorf, although the largest city is Cologne.

Details and facts about NRW ↑

The Ruhr district lies at the centre of North Rhine-Westphalia and is the largest metropolitan and strongest economical region of Germany. After Cologne, Düsseldorf is the largest city and location of the International Youth Convention in 2019.

North Rhine-Westphalia is also the economically strongest state of the German Federal Republic. NRW’s location benefits from numerous favourable factors, which include its central location in Europe, its excellent infrastructure and the high qualification standard of its population. Furthermore, the economy in NRW has undergone an enormous structural change over the past three decades: from a once centre of heavy German industry to a sustainable location with a balanced mix of industry and service provision. 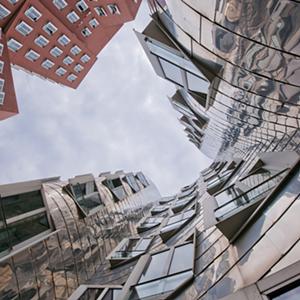 The cultural landscape of North Rhine-Westphalia is marked by its variety, its creativity and its openness. Predominant are the theatre, orchestral music, museums, libraries, the “free” scene and, above all, its 30,000 artists. NRW compares with London and Paris as one of the heaviest populated and diversely rich cultural areas of Europe. A prime example of this is the honour in naming Essen as the cultural capital city of Europe in 2010. 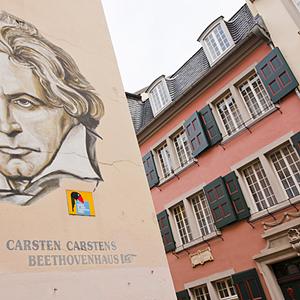 A total of 12 nature parks, the Eifel national park and more than 200 lakes invite you to wander, swim, relax and regain your energy. For those who would like to do something good for their health - the opportunity is there, with over 30 therapeutic baths and health resorts, which offer a rich variety of wellness and fitness programmes. Furthermore, NRW has numerous leisure parks, providing those thirsting for action with the chance to let off steam. For cycle enthusiasts the countryside of NRW is a paradise, with its open plains and wooded hillsides. There are many well-built and attractive cycle paths where nature and culture can be explored. 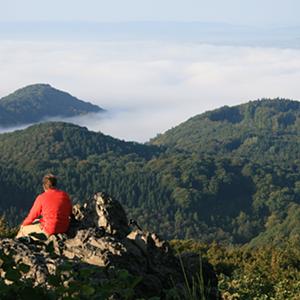 Second only to Cologne, Düsseldorf is the most influential city in the Rhineland. It is the capital city of North Rhine-Westphalia and, with its 600,000 population, is the second largest city of the federal state. The Rhine metropolis is one of the most important expo centres of the Federal Republic of Germany and, after Frankfurt am Main, is the second largest banking and stock exchange city. 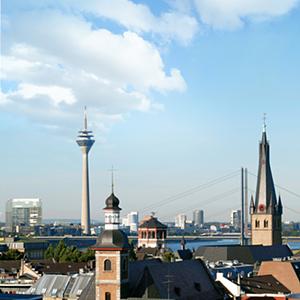 The journey around and through heart of the city of Düsseldorf takes about 1.5 hours. This modern hop on - hop off concept allows you to get on or off at any of the stops along its route. 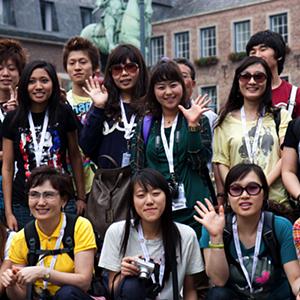