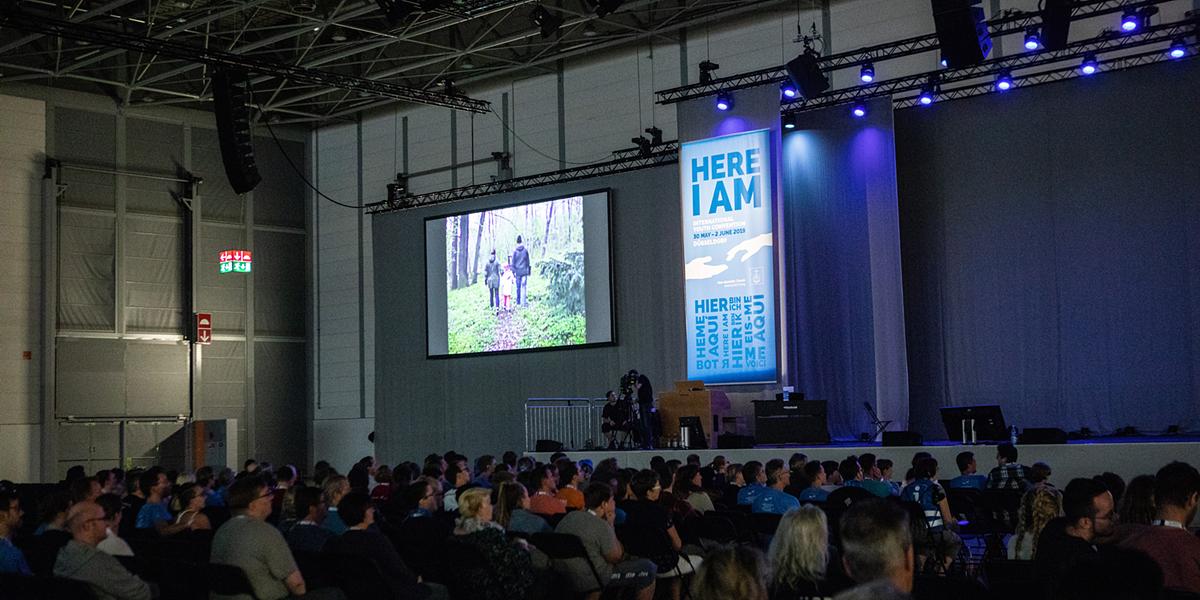 The film that wasn’t shown:
An experience of faith in several acts

The youth from Borna needed 29 actors, seven months of filming, countless pizzas and half a dozen night shifts to shoot the film The narrow path. The premier at the International Youth Convention 2019 (IYC) was supposed to be the big moment. Rebekka from the neighbouring congregation tells us why it didn’t come to that and what that meant for the youth involved.

Düsseldorf, Friday night, 31 May: Three young presenters are on the stage to start the evening devotional. Chriss, Suse and Lena explain to their audience: “We wanted to pinpoint our position and ask ourselves: Where are you? Where is God? And why do we sometimes have the feeling that He is not with us?” To make their audience think about that, they enacted a scene: When Lena’s microphone fails, the presenters argue about responsibility and perfectionism. Lena puts on some sunglasses to escape the sensory overload. But unfortunately, the sunglasses also prevent her from seeing God’s light now. Only an inspiring encounter makes her start searching for God again.

Some of the youth involved in the devotional were also working on the film The narrow path . Originally, 31 May was supposed to be their day: the film screening in the afternoon, then late at night the devotional. It begins as planned, but then the sound fails in the middle of the film. The audience has to manage without sound in the final scene. Marco, the filmmaker, refers his audience to Saturday, when the film is supposed to be shown again. He wants to have solved the technical problems by then.

Saturday morning: Quite early, Marco and I are going to the room where the film is scheduled to be shown at 10.30. We want to make sure that everything goes well this time. But the room is already booked for a theological talk. We try find an alternative with the assistance of a few helpers. While we are still debating what our options are, the corridor is filling up with people and two queues are forming - one for the film with mostly younger people, another for the talk with mostly older people. Marco’s sister Mareen, one of the actresses in the film, is with us now too and we are getting nervous. To calm ourselves, we go into a secluded corner and are pray together that we will be able to show the film after all.

Then I have an idea: Our evening devotional on Saturday will be the last scheduled event in Hall 8a. Couldn’t everyone just remain seated afterwards to watch the film? So, I make a call to our Apostle Ralph Wittich. He gives me the promise: “I will do everything in my power to make it work.” When I tell the waiting youth about my call, we’re all cheering. We have new hope. We pray again, this time with the youth who were waiting in the queue for the film screening. Two hours later, I receive the call: We can show the film. As an exception, the power will not be cut at midnight, but 15 minutes later. Happily, we embrace each other. Marco is doing an equipment check and we immediately start a big advertisement campaign. Now we want to reach as many people as possible with our film!

Only a few more minutes to the devotional. We should be focussing entirely on the devotional, but then we realise that it won’t work out. If the power is going to be cut at a quarter past twelve, we only have 25 minutes for the 35-minute film after the devotional. We decide to start the devotional five minutes earlier than the time given in the guide. Then Apostle Wittich arrives and arranges with the exhibition coordinators that we will have power until twenty minutes past twelve. It will be a close call, but we could make it just in time. At the end of our devotional, all actors are taking each other’s hands and we pray together. I am the one to speak the prayer and I ask God that the film might now finally celebrate its premier. After the devotional, most of the visitors stay, we are all sitting in the hall together and are glad when the film starts. At midnight: sudden darkness, the power has been cut! We have only watched ten minutes of the film.

So is this what remains of the IYC for us? I’m angry and sad. I can hear how my friends are questioning their work. Have they made a mistake? Maybe God’s blessing is not on this film? Crying and furious I’m walking across the exhibition site and seal myself off with my headphones. I’m blaming myself. Why did I fight so much? We should have given up right away, then we wouldn’t have to go home with the experience that prayers, fellowship and fighting come to nothing.

Mareen, who has just recently become a youth leader in Borna, doesn’t want to let the night end like this. She calls us all back together again and persuades us to spend the last night of the IYC together. She explains to me that the important thing is not the film, but our fellowship. “Everyone, no matter if they are involved in the film or not, has fought and pulled out all the stops. When we prayed together, I felt that we have grown even closer today.” Instead of fretting, we’re celebrating the last IYC night together.

Sunday morning, the great divine service with our Chief Apostle begins and unfortunately I have not yet overcome yesterday’s events.. While the Chief Apostle is talking about how Jesus even washed Judas’ feet, I can only imagine how I could take revenge on the person who cut thepower. I would really like to enjoy the divine service, but all messages of love for our neighbour fizzle out. I know that everything our Chief Apostle is saying right now is right and will bring us closer to our goal, but I just can’t feel it.

Monday morning, back home. I’m still feeling guilty because I repeatedly encouraged the others to believe that the miracle will happen and that the film will finally be shown. When I tell Marco, he doesn’t react reproachful at all, quite to the contrary. “We had very high ambitions, you could almost call it perfectionism. We wanted everyone to be flashed by our film and then it went wrong... And because of that we were thrown back to what’s important: fellowship in Christ.” And then he gives me the following advice: “Remember the story we enacted for our Friday devotional!” I suddenly understand that I only have to follow Lena’s example in the play and remove my sunglasses of anger and perfectionism. Finally, the feelings of fellowship and thankfulness take over.

On one side, there is Emely. The divine services in her small home congregation aren’t really exciting for her at the moment. On the other side is her mother. She can’t understand how her daughter can be so unmoved by what is so important to her. In the film, the two of them have to come to terms with a painful realisation: In faith and in life, everyone must find their own path. The story told in the film is about the question that all Christians have to answer for themselves: How do you live your faith? 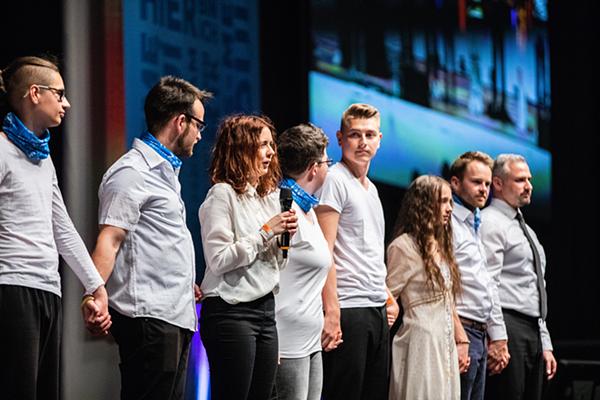 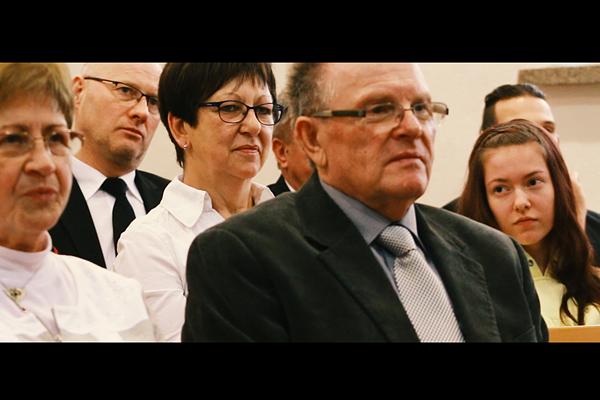 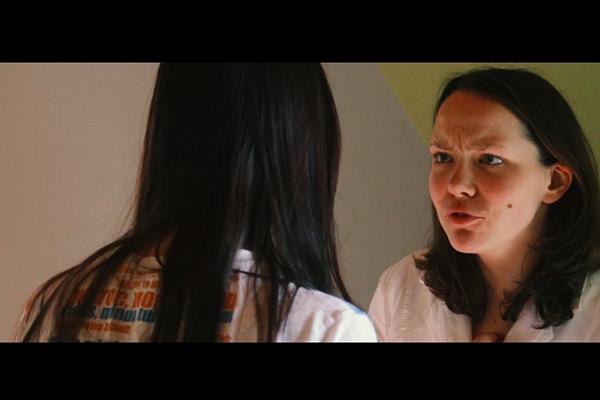 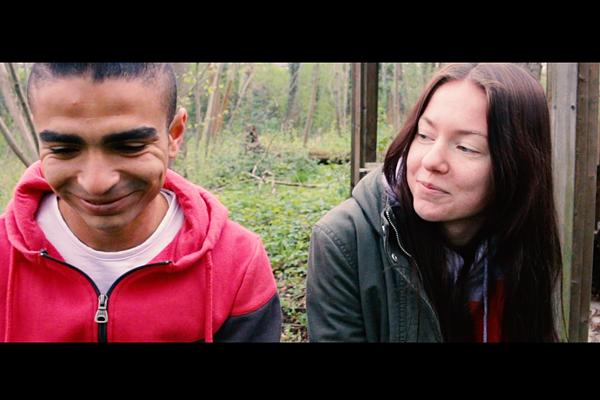 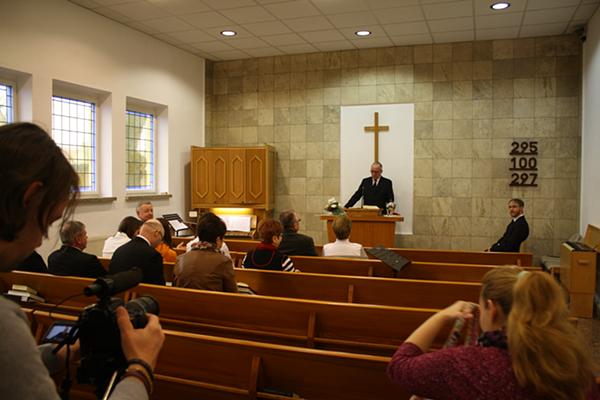