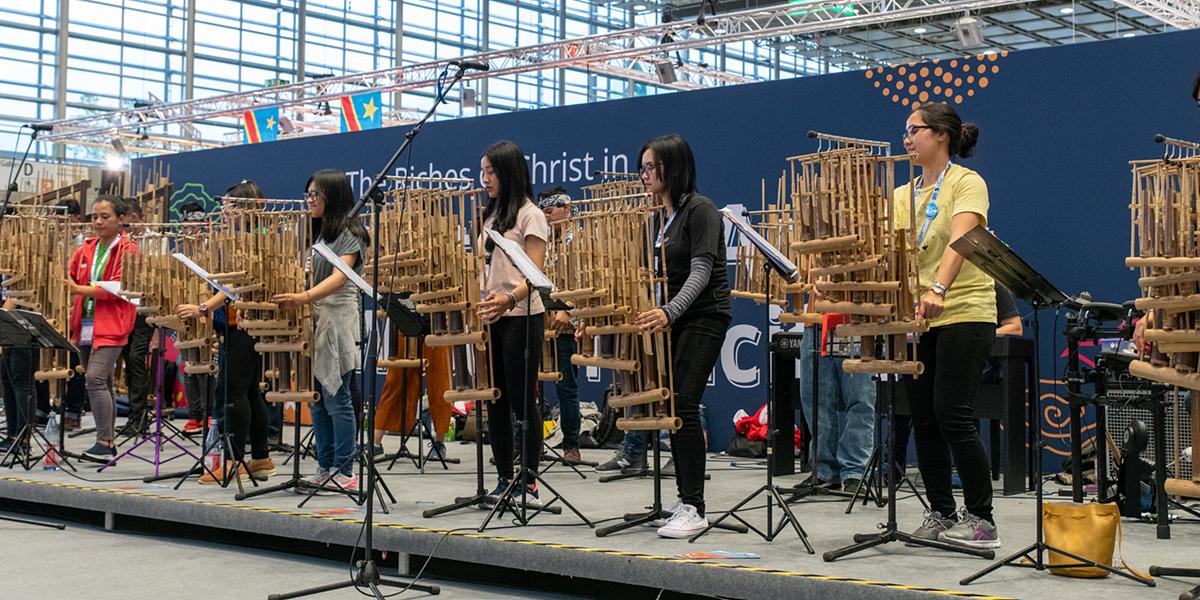 73 young people from Indonesia came to Düsseldorf for the International Youth Convention. Their most striking piece of luggage: a bamboo instrument called angklung.

Anyone who went on a ramble through Hall 6, could expect sights and hearings from all over the world: a replica alpine village, a major airport, a windmill and bamboo sounds. The latter were delivered by young New Apostolic Christians from Indonesia with their angklungs.

An angklung consists of many small and large bamboo tubes. Each of them produces a sound when you shake it. Therefore, one needs several people to play tunes, as well as special sheet music, which minutely mark the moment of action of each individual. In hall 6, IJT visitors were able to experience live the "Indonesian organ", as an Angklung ensemble is called. Several groups played New Apostolic classics there over the four days, supported by drums and guitar.

Angklungs, also known as lattice or bamboo rattle, is not a folklore that was made for the IYC. In particular, on the Indonesian island of Java, angklungs are built in many communities. They are an integral part of the New Apostolic music culture and indispensable to Indonesian divine services on Sunday. Mostly they are played by teenagers, often together with a keyboard or other instruments while the congregation is singing.

While the teenagers in the divine services in Indonesia mainly play songs from the New Apostolic hymn book, the audience in Hall 6 also enjoyed songs like "Come to my Jesus", the unofficial soundtrack of the European Youth Convention 2009, unfamiliar sounds for New Apostolic attendants of divine services in Indonesia. As unusual as the exotic-sounding hymns for many of the IYC-visitors who applauded loudly between the pieces and after the one-hour show. 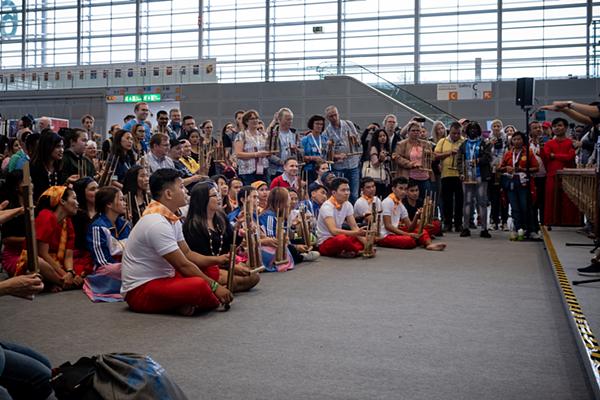 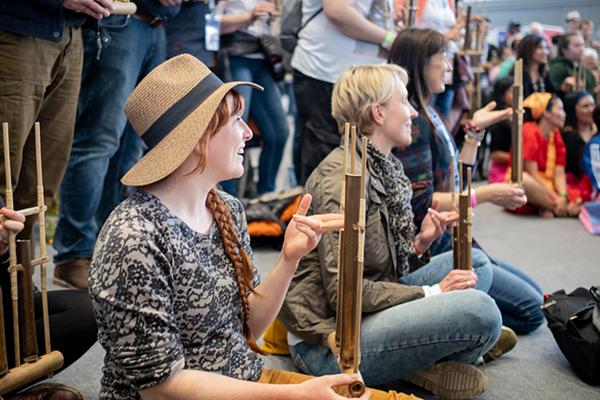 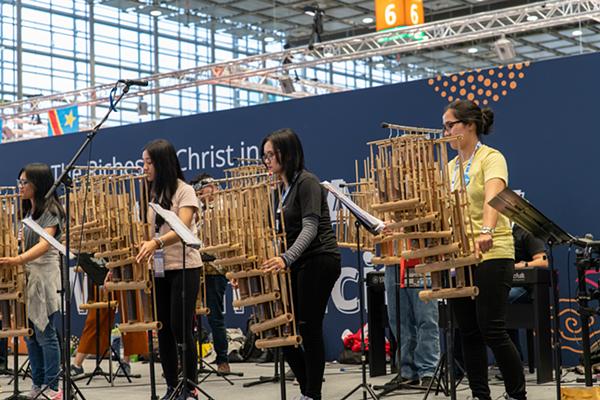 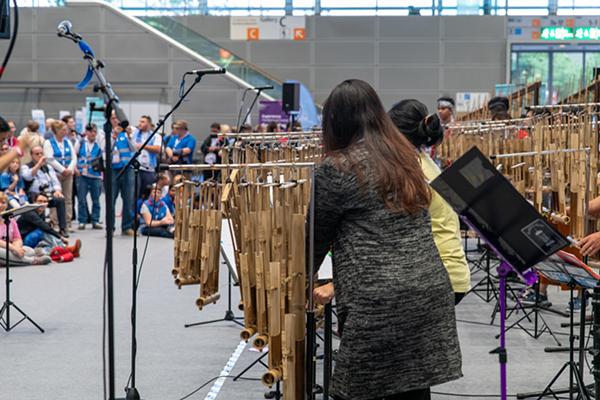 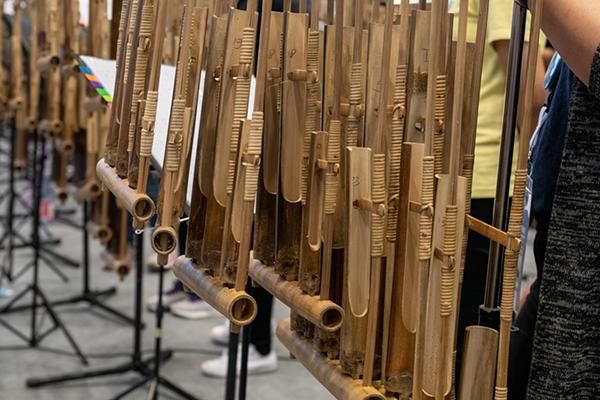 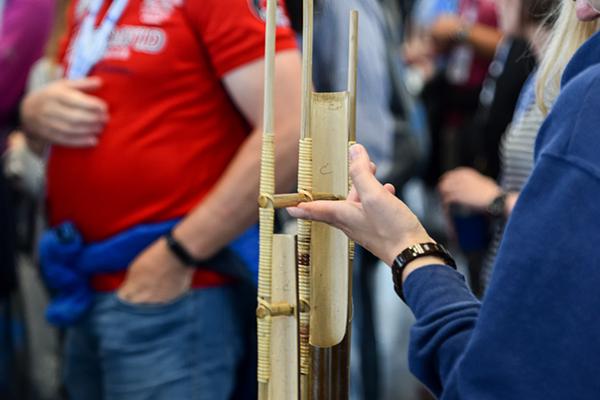 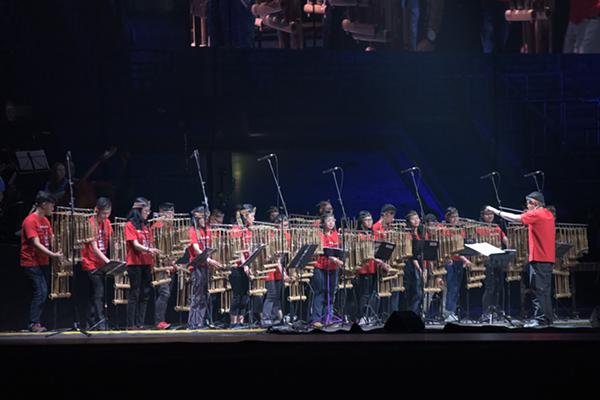 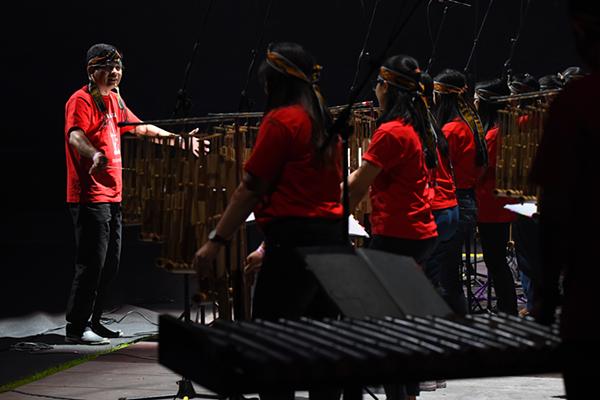