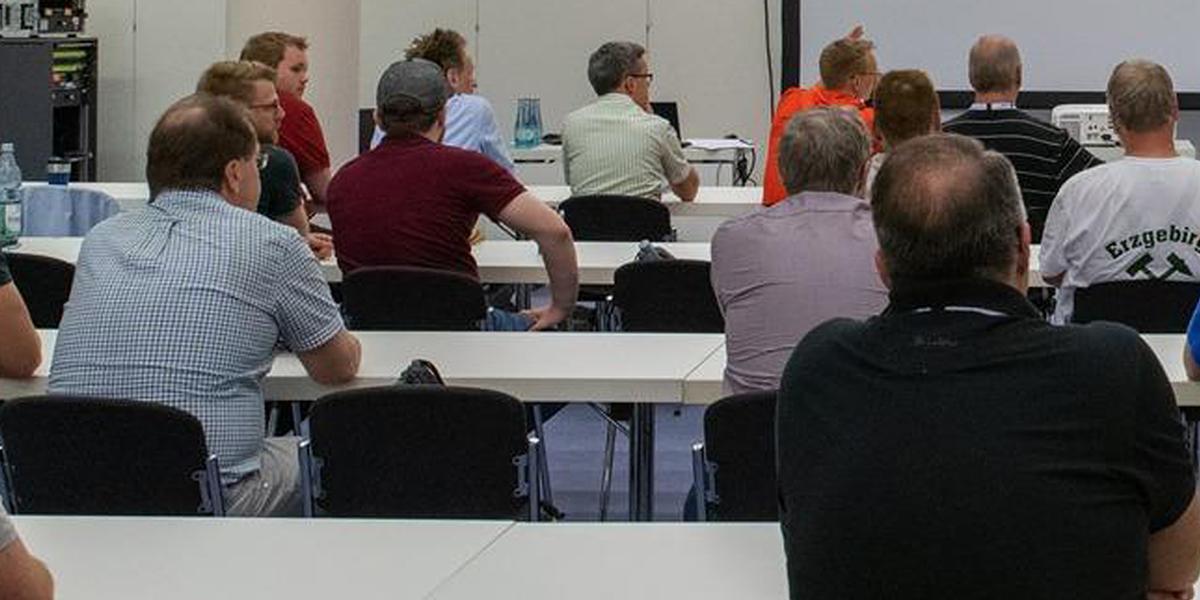 He who serves, experiences more:
Young ministers in conversation

When a youth accepts a ministry, it changes his life. How young people can deal with the joys and challenges of being a minister is what a roundtable discussion at the IYC wanted to clarify.

The Empowerment Center in Hall 7.1 dealt with the question of how young people can be enthusiastic about Christ in the long term, and be motivated to participate in the Church. For this purpose, workshops were held, which culminated in a panel discussion attended by Apostles and District Apostles. One workshop topic was "Young ministers". First, the participants discussed two questions in pairs: "What positive experiences did I have?" And "Where was it sometimes critical, where does it crunch?" The result was a colourful mix of answers: "Experience the praying church" stood on a flipchart, "A different relation to the brothers and sisters through care of the souls" on another. The divine services are experienced more intensively, if there is the possibility that one is asked to assist, it was said.

Time management, the balance between everyday life and the Church, is one of the biggest challenges young people face, the participants agreed. Of course, young people also want to party in the evenings, and many have a busy schedule. Nevertheless, being fit on Sunday mornings and freeing up time for the Church during the week is not always easy.

But young ministers have concerns that go much deeper. "There are brothers and sisters who are role models in the faith for me and were already my Sunday school teacher. How should I preach to those with my 21 years at the altar?", asks Max from Munich in the round. Many seniors are very happy with every new minister, it was said. But especially as a young ministers, one has great respect for these brothers and sisters - and the concern to live up to his ministry.

At the end of the discussion, there were four wishes on the flip chart:

This afternoon, Elena, the only woman in the group, brought these requests as an ambassador to the final round of the Empowerment Center.