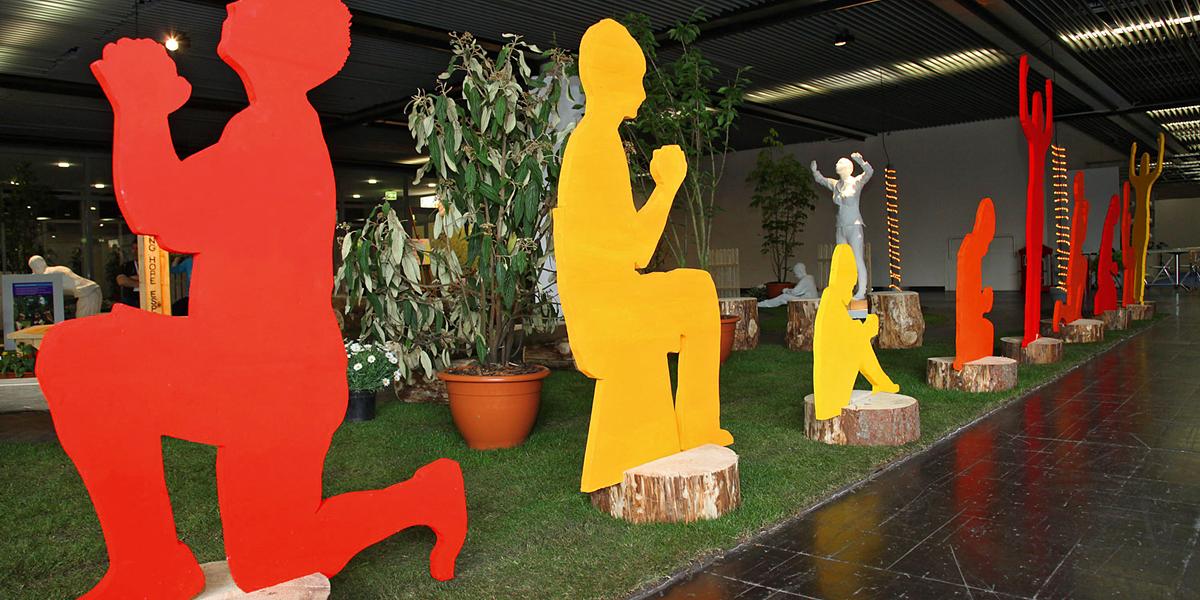 IYC Countdown 2:
A path through the Commandments

The results of an online survey about the International Youth Convention (IYC) which took place many months ago showed that the youth were predominantly interested in topics about their faith. The youth from Western Germany have responded with their IYC project: they have planned a pathway of contemplation to walk through and follow the Commandments.

Why not repeat a success from the past? In 2009, at the European Youth Day, the youth from Hesse created a path, in one of the exhibition halls, to walk along and contemplate. It was known as Walk the Lord’s Prayer to our Father. The petitions as said in the Lord’s Prayer were depicted in ten areas, which visitors would see as they passed by. Visitors were given the chance to solve set tasks, to take thought-provoking impulses with them, or simply to find peace and quiet and reflect.

The youth who had raised the idea of the pathway of contemplation and put it into action were also motivated by the results of their work. They enjoyed the time in working together as a group and it had also helped them to think more about the prayer which is said in every church congregation. It wasn’t surprising, therefore, that their IYC project brainstorming session led them unanimously back to a revival of 2009.

Not only to consume, but to absorb

The new project is called Your way and is meant to bring the Commandments nearer to the youth – not only in theory, but also to hold on to. Johannes Herber, is a youth delegate in Taunusstein. He explained the concept: “Visitors will firstly be met in a reception area. They can then wander through eight different sectors, each about 50 square metres large. One or two of the Commandments will be represented in each sector and the visitors can compare their own experiences and reflect on the Commandments which they see there.”

Nine youth groups from the former district church of Hesse/the Rhineland Palatinate and Saarland have drawn their particular Commandment from a raffle, so that the path will be diverse and colourful. Not only will the ten Commandments of the old Testament be displayed, but also the double Commandment of love be seen at the end.

What visitors will see in detail is to be a surprise, but a quick peep through the keyhole is allowed ...

The youth from the Wiesbaden district have drawn the fifth Commandment from the raffle: “Thou shalt not kill”. Around 20 youngsters and their youth delegates have been getting together regularly since then to organise their part in the pilgrim’s way. After a comprehensive brainstorming session they finally agreed on the key elements of their task, to produce a broad picture of the fifth Commandment. How do we human beings make use of God’s creation and how much does it come under the fifth Commandment?

These questions will be asked, just as the question of how people associate with each other. The subjects of abortion, euthanasia and suicide will also be included in the programme. Finally, the youth want to show a chapter from the life of Jesus, who was also killed. The Wiesbaden youth didn’t want to say exactly how this will be shown, but the display is certainly going to be intriguing.

The seventh and the eighth Commandments

Where can you buy non-combustible clothing material? What building materials do the fire safety regulations permit for the hall structure in the Düsseldorf Messe? The youth delegate Holger Schreiber knows what these questions have to do with the Ten Commandments. The youth of his district have taken on the seventh and the eighth Commandment: “Thou shalt not steal” and “Thou shalt not bear false witness against thy neighbour”. Holger Schreiber has plenty of experience, because his youth group had already been involved at the European Youth Day ten years ago with their pathway of contemplation Walk the Lord’s Prayer, where they had set up the stations of Christ. It was already clear to him, from March 2018, as the project Your way was introduced, that he must rapidly start the task with a group of committed, creative and persevering youth.

The Priest was able to gather twelve youth, who have since met together eight times on Saturdays, for five to six hours each time. They have discussed and put their ideas together, drawn sketches, decided on the result and built models of the layout in the space allotted to them in the exhibition hall. Next came the real task of sewing materials, sawing and painting – but what about the questions already asked above? Holger Schreiber had already scoured different DIY stores looking for non-combustible materials, which the youth could use, which were affordable and would be accepted by the Messe as incombustible. The solution: Ytong bricks, with which the youth are now busy working on; cutting figures out of the stone and filing them in shape. These figures will accompany visitors through the pathway of the two Commandments at the International Youth Convention. There will also be self-made cameras, intended to show visitors that nothing which they do remains unseen – even around the world, as the recycled paper-maché world globe, a relic from the European Youth Day, hints at.

The iron bars in a corner of the room symbolise a prison cell, to demonstrate the consequences when the Commandments are not heeded. A monitor is to be installed, where a film, self-made by the youth, will be shown on the subject. They also plan to set up a model of a courtroom. Fortunately, Holger Scheiber has a workshop on his property where the youth can saw, file and build the materials together, without enough space to store everything until the start of the IYC. Why is he taking on the task for the second time with the stress it brings? “Because I enjoy working with the youth, to see what they are capable of, and also because I want to experience something like the EYD once more. As I stood in the Arena then, after the divine service, in the midst of 35,000 other brothers and sisters, I thought to myself that would be a good time for the Lord to come. I still have goose pimples when I think about it! My wish is that the youth also have this sensation at the IYC.”

The Commandment of love

This double Commandment of love which Jesus said has been drawn by the youth of our district from the raffle.

The youth have given much thought to bring visitors nearer to these Commandments along the pathway of contemplation. They want to decorate the walls in their section of the pathway with a photo gallery, to confront visitors with their own prejudices against others. The room will be divided in two parts, each part representing a part of the Commandment. In the first part the visitors will be given the chance to think about their love to God and to describe them on paper.

In the second part there will be various stations, including a waterfall, where visitors can wash the feet of others, and so demonstrate for themselves the neighbourly love which Jesus preached. There will also be something to think about for the youth who feel unloved or unattractive. They should feel that God loves them just as much as all the others. The youth from Mainz hope that this experience gives visitors the impulse to consider others through the eyes of the Lord, and perhaps come closer to others who they previously haven’t held in regard.

As a reminder of their experience, the youth will stamp the visitors’ skin with a heart, which they can carry through their entire time at the IYC, so that they are also reminded to do something good toward their neighbour.

The pathway of contemplation won’t quite come to an end with the so-called eleventh Commandment, explained Johannes. “We want to remind others that the personal decisions we make each day also have an effect on whether we are for or against the Commandments, and so for or against God. That is why the path splits at the end: one path ends in nothing, and the other continues further. It doesn’t stop with the choice we make. The choice has consequences for us, and we want to show that using hurdles as barriers. These barriers could come from hatred, jealousy, ignorance, or personal ego. Whoever has overcome them has also prepared themselves for the forgiveness of sins. We have set this up in a separate part, which I find especially nice; a brightly lit room, in which the visitors can enter. The youth will give them a picture there to represent the forgiveness of sins to take with them as a memory of their visit and, for later, in their divine services. We are also thinking about other small activities, give-aways and other ideas which we are floating. There are still some things which aren’t yet finally decided.”

It’s going to be very exciting. If you want to know more, then you should come to Hall 6, not just to visit the booth of the district church, but also the pathway of contemplation.

The magazine “Spirit” has been publishing news and facts about the International Youth Convention since March 2017 under the heading “IYC Countdown”. 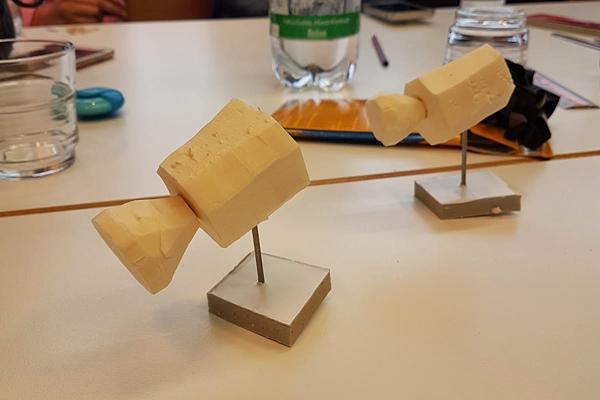 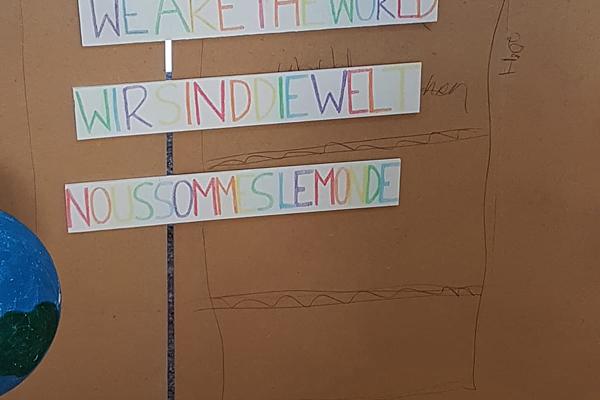 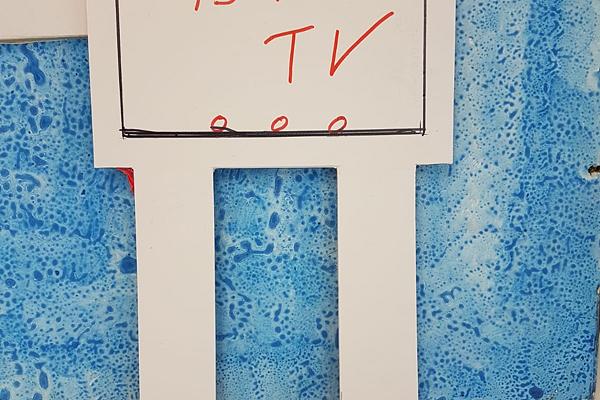