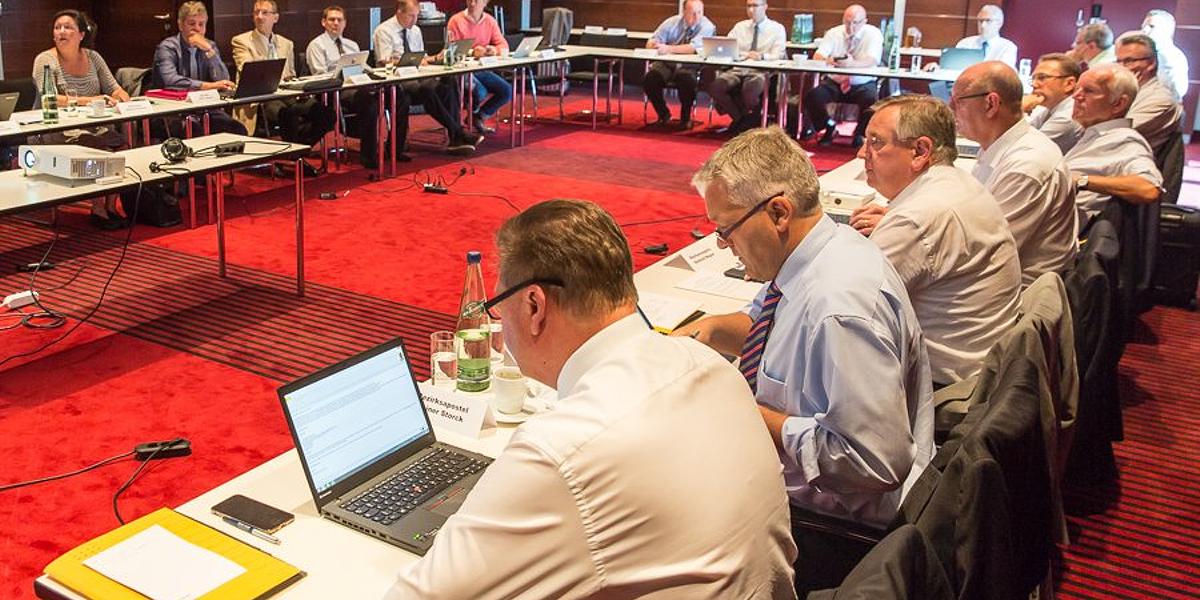 Another 976 days until the first International Youth Convention of the New Apostolic Church. The planning executive, which is responsible for setting the organisational conditions, has many months of hard work ahead of it. At the second meeting in Düsseldorf, on 15th and 16th September 2016, discussions centred on fundamental decisions for the running of the Youth Convention weekend.

The planning executive team and the project groups are still in the constitution phase. This gave Apostle Franz-Wilhelm Otten, business manager of the IJT 2009 Düsseldorf GmbH, the opportunity to introduce two new members to the team. They are Apostle Thomas Deubel, representing the New Apostolic Christians of Switzerland, and Bishop Peter Jeram the youth of Austria.

Eight planning groups had already been formed at the first session of the planning executive in May 2016, tasked with producing the contents of the Youth Convention and with organisational aspects before and after the event. Meanwhile, the number of groups has risen to ten, joined by the groups for sport and catering.

The majority of the planning groups had met in the summer months to gather the first ideas. These were presented by each group leader to the members of the planning executive at the two day meeting.

Bishop Axel Münster (New Apostolic Church Hesse/Rhineland-Palatinate/Saarland) head of planning group 1, responsible for “contents - exhibitors”, presented the first ideas on laying out the exhibition halls. The plan is to create a meeting hall, where each District Apostle region and district Church can present itself. It will include enclaves of different languages and a large café, where people can meet. The remaining exhibitors will be distributed amongst other halls.

Deacon David Otten (New Apostolic Church North Rhine-Westphalia), representing planning group 3, “contents - events”, explained the concept for the major events planned within the Esprit Arena. The opening ceremony and Sunday’s closing divine service will be held there. In comparison to 2009, where a football game took place on the Saturday, the arena will be fully available for 2019, which is why the youth should be invited to come on both Friday and Saturday evenings to a great programme taking place in the stadium.

Apostle Uli Falk (New Apostolic Church North Germany) and his planning group 2, “contents – presentations”, are concentrating on the contents of all the events taking place in the exhibition halls. Their wish in the coming months is to allow as many of the youth as possible from all district Churches to be involved in the planning of the Youth Convention. This will be under the organisational conditions set by the planning executive.

The planning group for music, under the leadership of Apostle Hans-Jürgen Bauer (New Apostolic Church Southern Germany) is very aware of the great responsibility in arranging a musical programme for 2019, which will appeal to the youth and impress them. “We want to set a special accent here, just as it was in 2009”, announced the Apostle. Once again, the sound of spontaneous street music across the grounds, should play a prominent role.

The size of a small town

A particular challenge of the International Youth Convention will be the catering: there will be 25,000 young people sleeping and breakfasting on the premises. Up to 35,000 people will come to eat lunch and evening meals. “These are numbers equivalent to a small town,” as Priest Hendrik Hermann said. 25,000 crates of water, equivalent to around 300 tons of drinking water, or 40 truck loads will be required. Added to that, will be the delivery of around ten tons of fruit.

The dimensions for the dormitories are similarly large: each participant will be bringing his own sleeping equipment, but shower and toilet facilities must be provided, just as mobile telephone chargers for up to 25,000 people.

The planning group for communication, headed by Deacon Frank Schuldt, will be creating the communication and editorial concept in the next few months. Included in this is the appearance of the motto with an appropriate logo, and setting up a website, integrating features for mobile options.

In the afternoon of the first day’s discussions the members of the planning executive had the task of brainstorming in various groups, to develop new, and perhaps unconventional, ideas. This produced many ideas on cards, which further occupied the group on the second day of the meeting.

As District Apostle Rainer Storck summed up at the end of the session, “We are going well in the right direction”. The youth from across the globe can look forward to a spectacular experience, and he underlined, “2019 is for them, for their future and for an unforgettable experience in fellowship”. 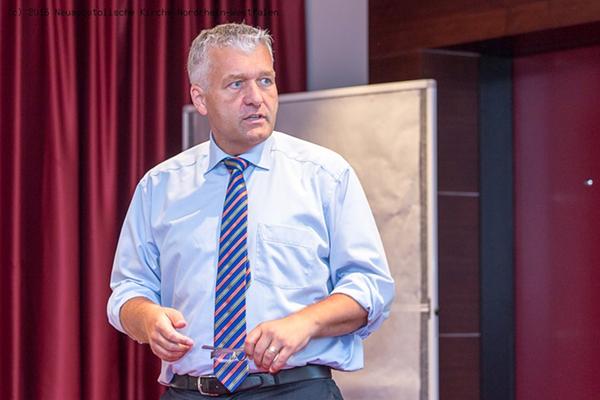 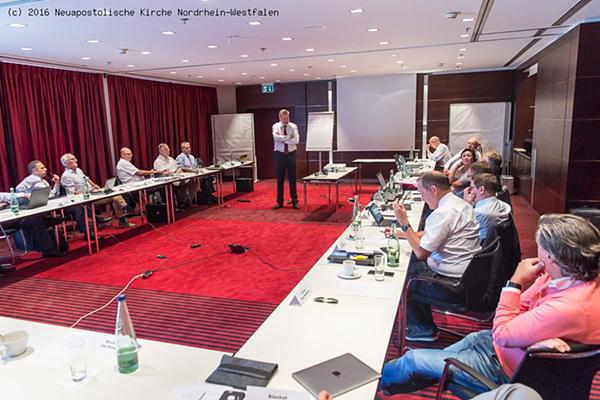 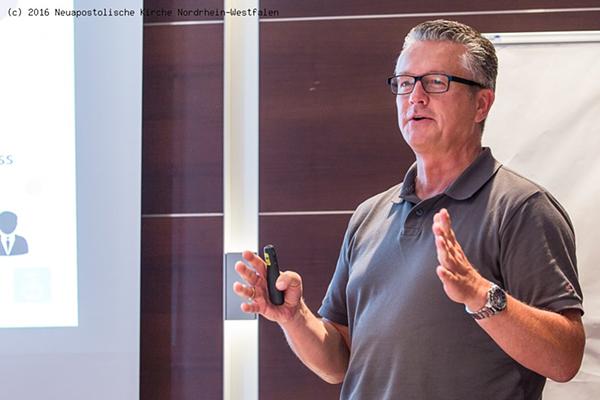 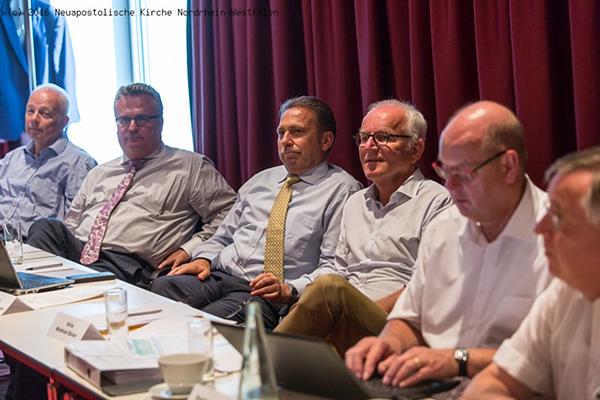 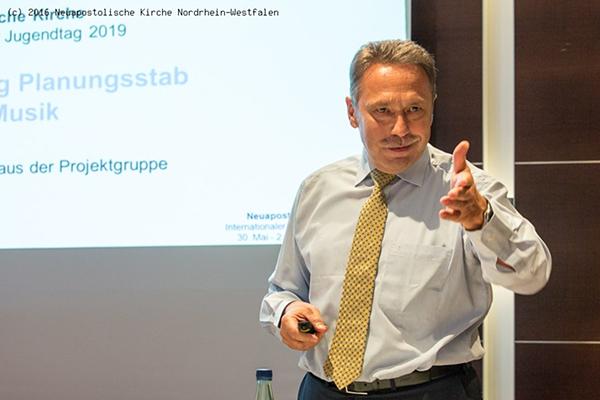 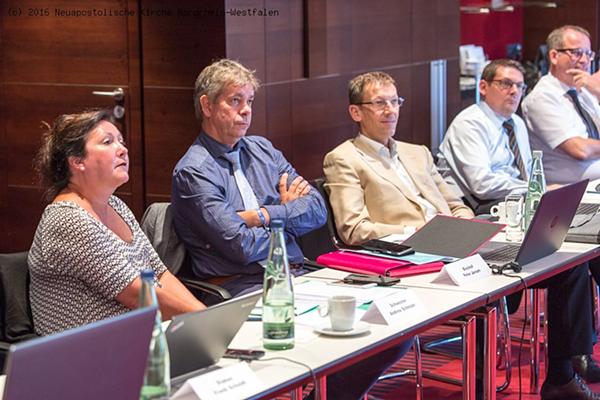 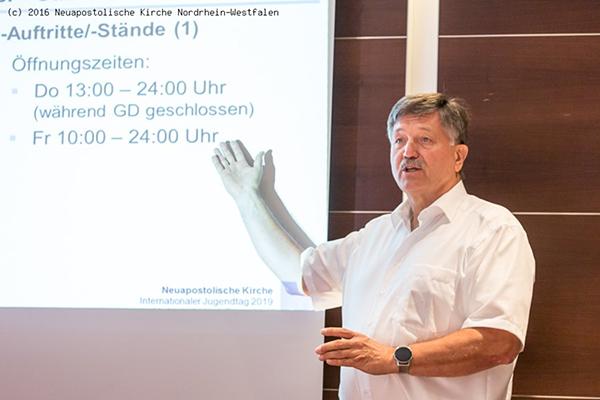 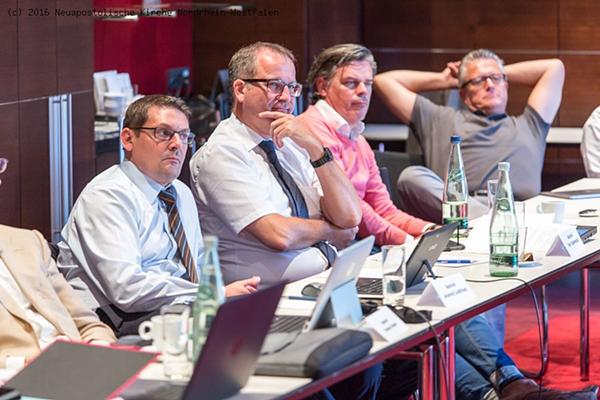 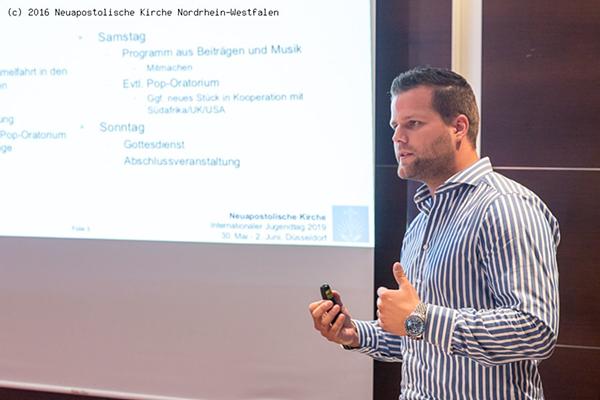 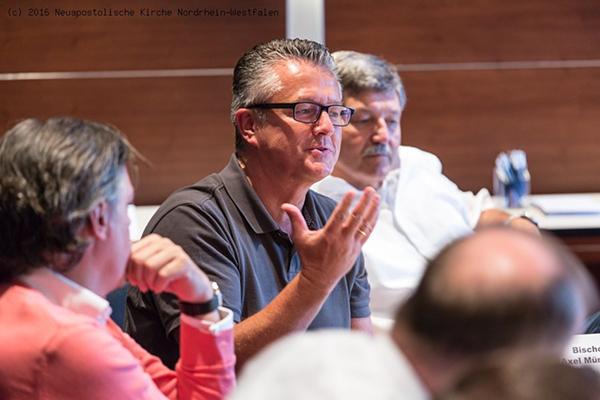 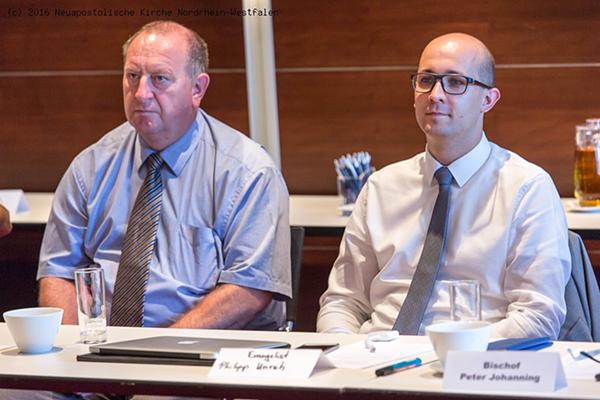 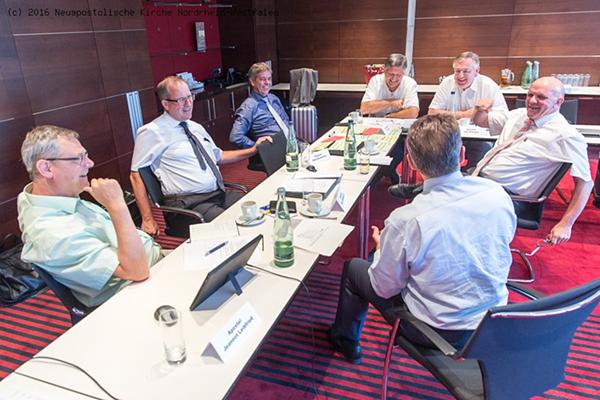 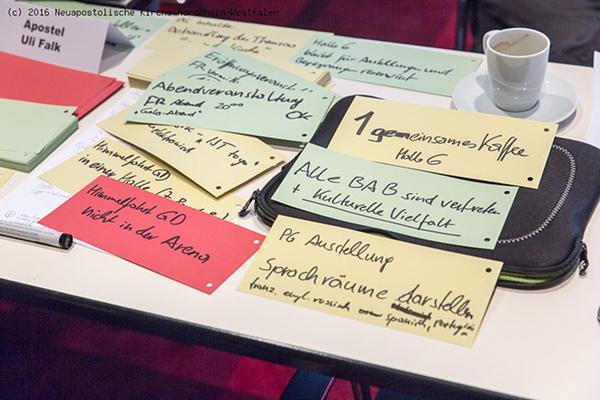 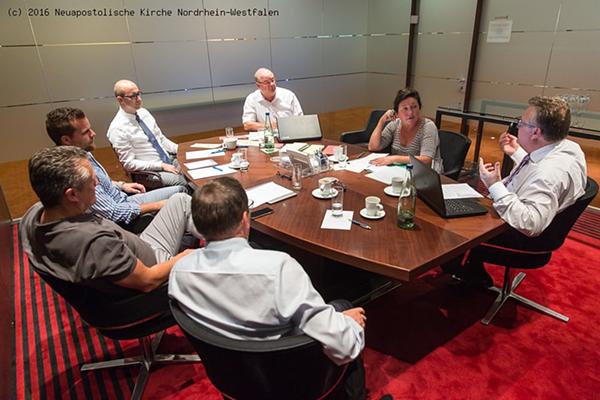 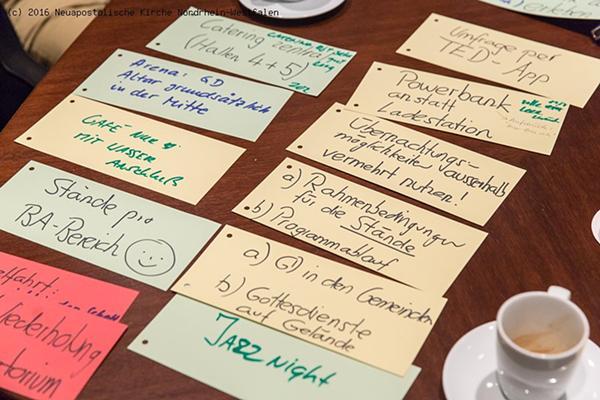 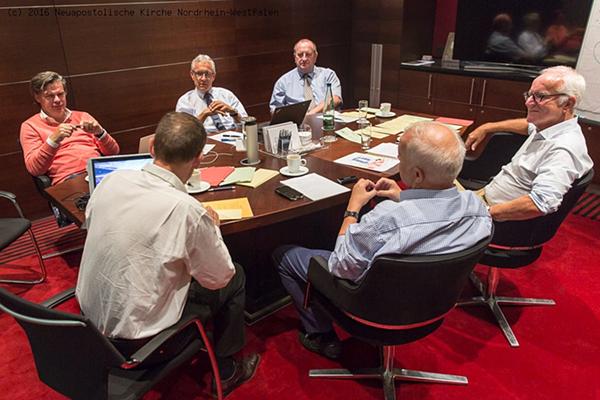 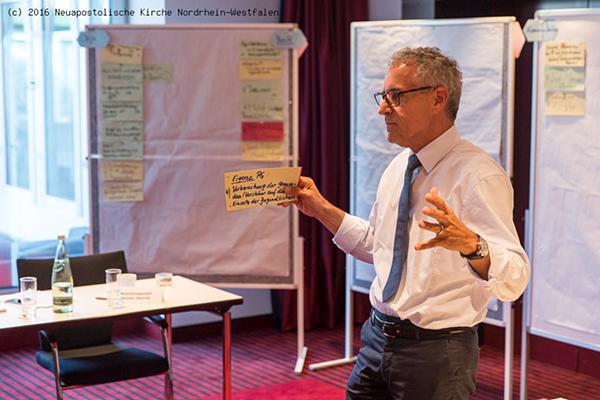 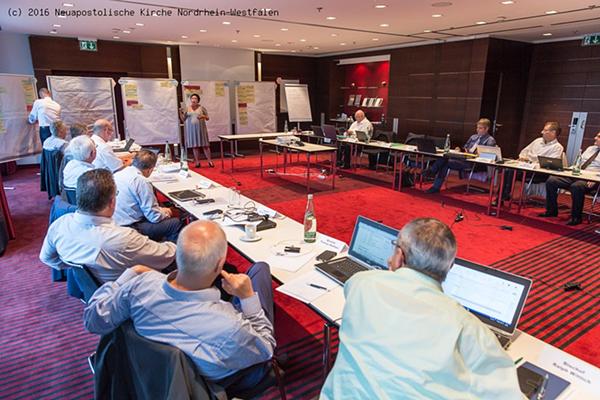 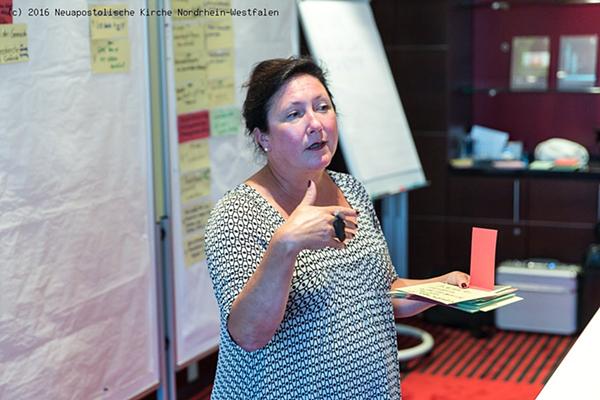 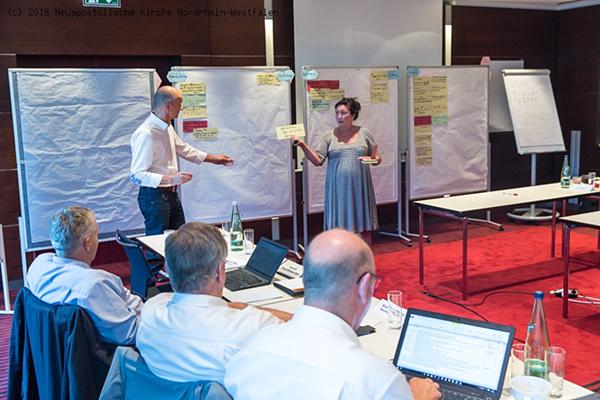