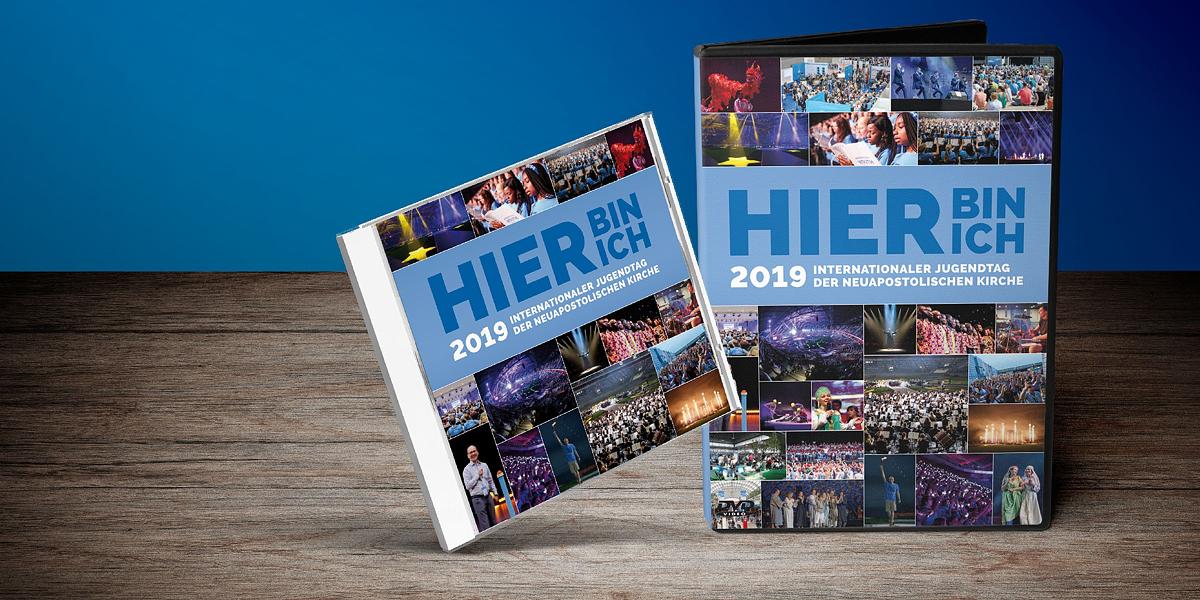 CD, DVD and BluRay
"Here I am" pre-order

The International Youth Convention 2019 on Ascension Day in Dusseldorf was the culmination of the 2019 church year for young New Apostolic Christians. In autumn a CD with impressions from the musical programme as well as a DVD / BluRay with video recordings as well as clips of the arena events will be released.

Over the past few weeks, the International Youth Convention's music and film team has watched hours and hours of programming. It was necessary to filter out and prepare the special moments from the programme.

There were 20 hours of musical programming during the International Youth Convention alone - in parallel in several halls. Then there was the additional open-air stage. And also in the large events in the arena there were various musical lectures - and of course the pop oratorio "I AM" with the IYC Choir. The choir and other actors also set special musical accents in the divine service on Sunday in the arena.

The double CD contains musical highlights from the concerts in Halls 5 and 8b, the open-air stage and the arena, compiled and mixed from the original recordings. A special emphasis was placed on the variety of musical styles and performances. Examples of highlights are excerpts from the pop oratorio and the central events in the arena. The proportion of the pop oratorio alone is about 20 minutes - with pieces like "I am the vine", "I am the door" and "Fire".

The double CD is expected to be available from September 2019 at a price of 16.90 euros. The Bischoff-Verlag also offers a digital version. The publication is also planned for purchase through online providers.

Five camera crews were traveling around the premises of the trade grounds on the International Youth Convention to capture behind-the-scenes images and impressions beyond the official programme. They waited for the special trains on the platform at the central station, filmed the walkers on the green route or provided drone shots.

The result is an approximately two-hour record as a film with the highlights of the events, many short interviews and many stories on the sidelines. Because: No one could be everywhere at the same time and everyone missed an exciting story somewhere. The film recording brings all the threads together and provides a complete overall impression of the event.

The DVD / BluRay contains the highlights from the events at the trade grounds and arena, as well as numerous impressions of the weekend in Dusseldorf. In addition to the record, there is also bonus material such as compilations of other events and excerpts from the pop oratorio.

The DVD can be pre-ordered at the price of 19.90 euros. BluRay offers a significantly better image quality in HD and goes for a price of 24.90 euros. Delivery is scheduled for October 2019.

Items are still available in the IYC shop. In addition, the eBay Store offers a few souvenirs. 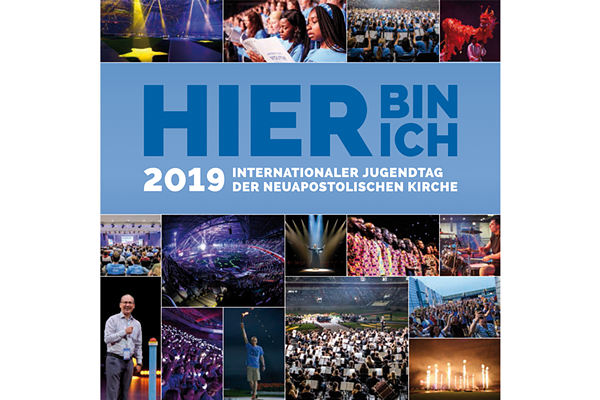 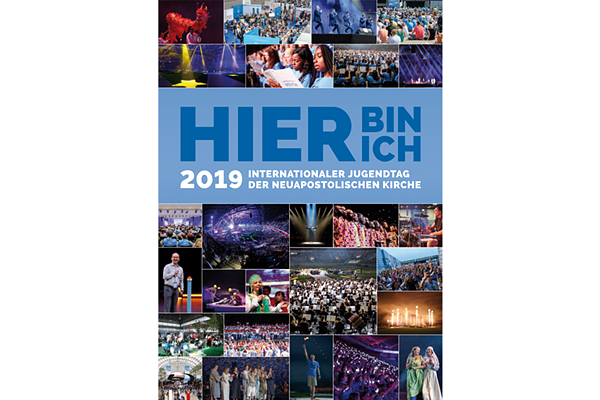 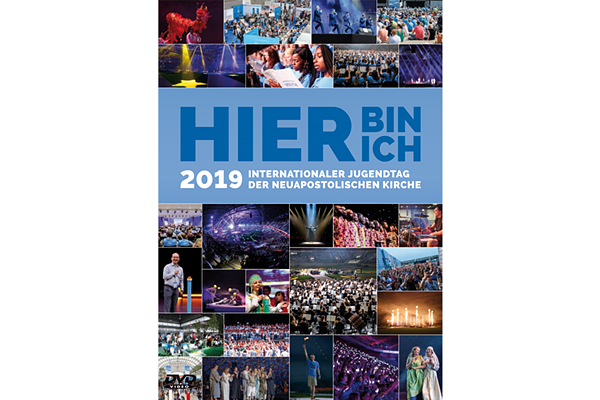