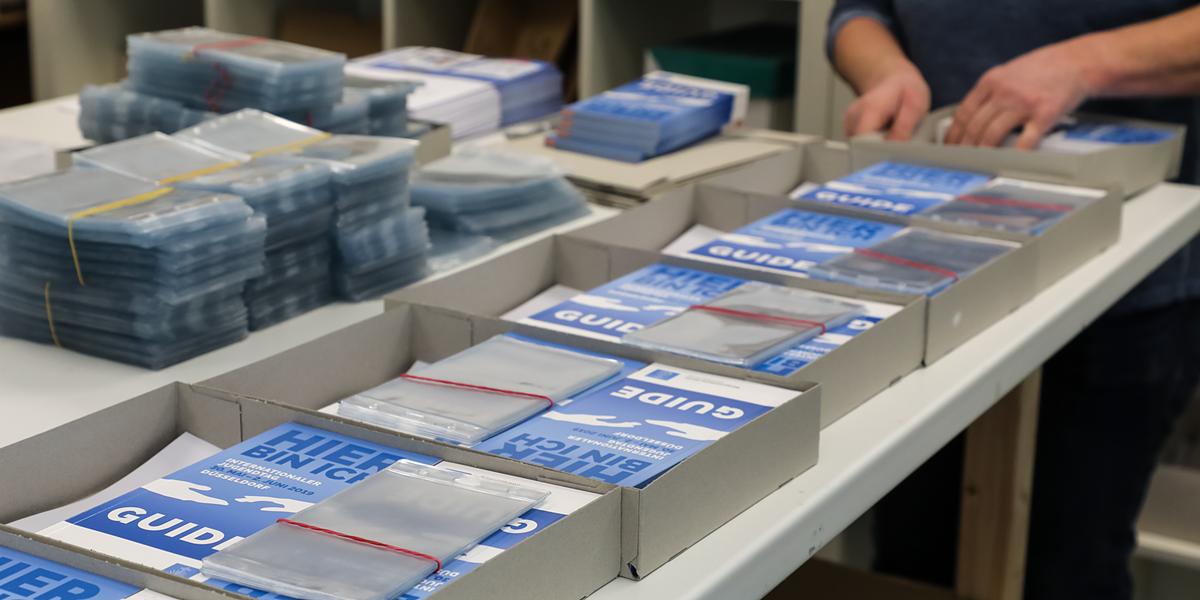 The IYC guide
is on its way

The participants’ passes for the International Youth Convention are being packed at two locations in Dortmund and on their way through the post since Monday. The participants from Germany will also receive their copy of the guide with their entry passes.

Cartons upon cartons are stacked on a large table. Their contents: each with eight guides, eight protective envelopes for the passes and, at the bottom, eight passes. A voucher for the welcoming package is also attached to each pass. The current packet will be delivered to Norderstedt. The next one will go to Aschaffenburg.

Task completed by the end of the week

After each 15 minutes, the next stack of cartons has to be fetched to the packing table. Pallets stand in the neighbouring storehouse, stacked with cartons of IYC guides. 28 of them fit into a carton, and around 1,000 on each pallet. Each guide weighs about 291 grams.

They all add up to many hundreds of kilograms, which will be sent this week by packet and letter post. 28,000 guides have been printed in German – within six working days.

In parallel, at another location, the guides and passes for the groups with one to three participants are being packed. These all add up to 205 single groups, 585 groups with two persons and 274 groups of three persons; at least according to the current delivery list. This will change, as participants can still register for the IYC, although it is now too late to send the packets through the post after the payment fee.

A total of 18,386 guides will be delivered this week – to 4,999 groups. The largest group has 174 participants. The packet was correspondingly large.

The English edition of the guide in Düsseldorf

Passes for the IYC visitors from other European countries have already been sent by post over the past few weeks. They will also have received the protective envelopes, but not the guides. The English guides will be ready very shortly and therefore can only be distributed on arrival in Düsseldorf.

Participants from non-European countries will firstly receive their paperwork on arrival at the Messe in Düsseldorf (or, by arrangement, at the airport). The postal delivery time would have been too long and possibly too unreliable.

Next come the helpers and employees

After the delivery of the German edition of the guides, the work continues for the packers. They have to deliver the passes for the 3,000 helpers and employees. These groups will also receive their copies of the guide in Düsseldorf. The delivery can be automated and will therefore be much quicker and cheaper.

The organisers recommend that participants fold their passes before their arrival and push them into the plastic envelopes provided. They will then be protected and can be fitted to the lanyards, which will be handed out on first-time registration at the North entrance (Eingangsbereich Nord).

The programme is already online

For those who will firstly receive their copy of the guide in Düsseldorf, it is available as a PDF document on the website, to be downloaded. The English version is also already online, as an overview of the IYC programme. 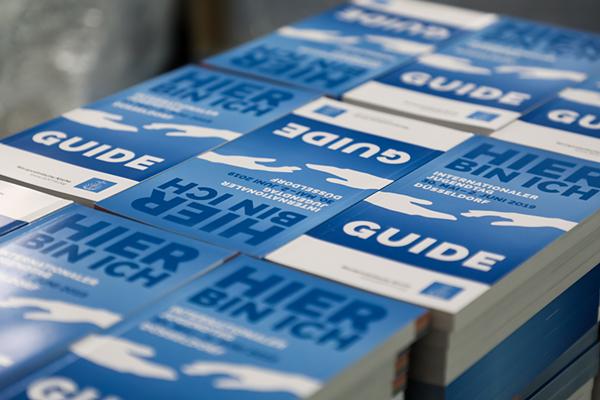 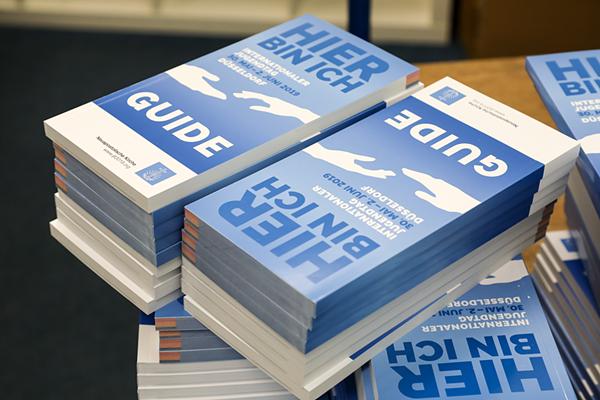 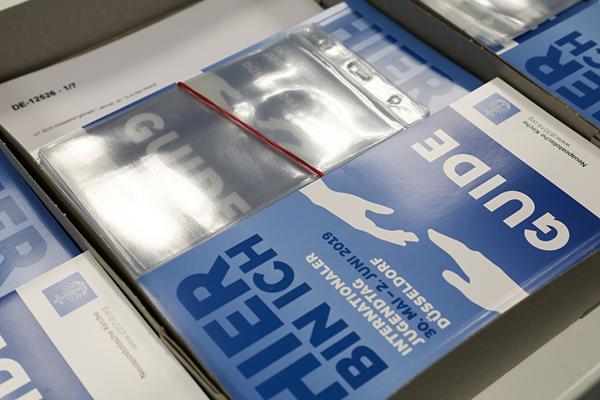 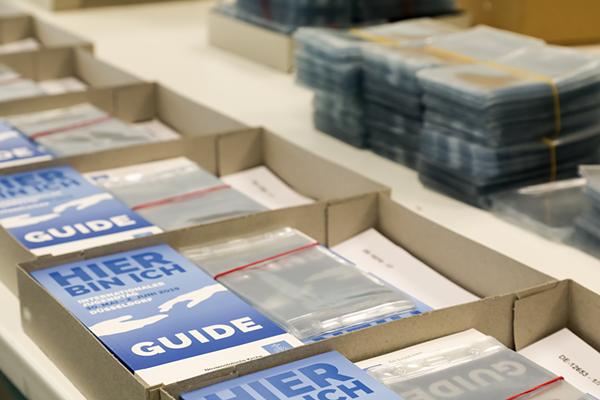 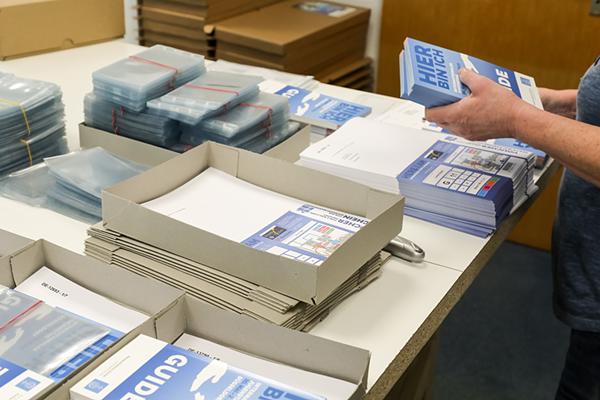 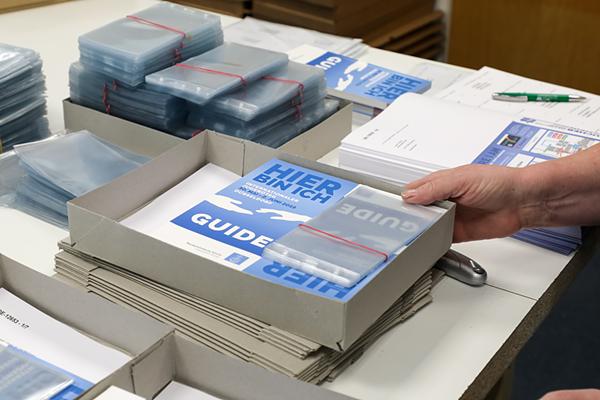 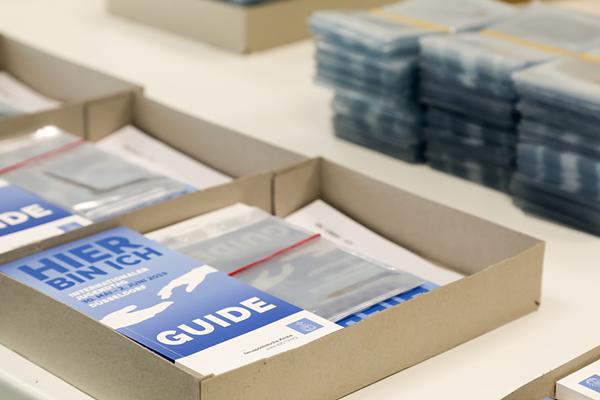 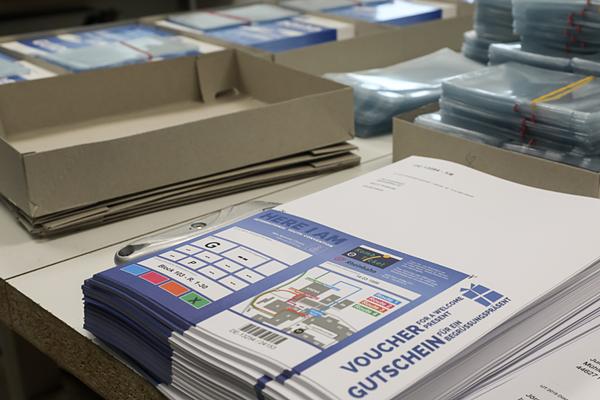 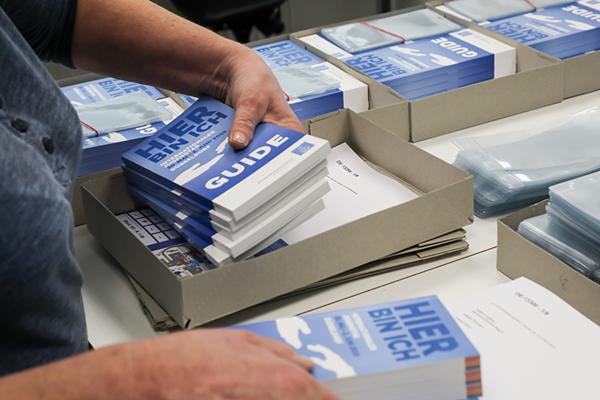 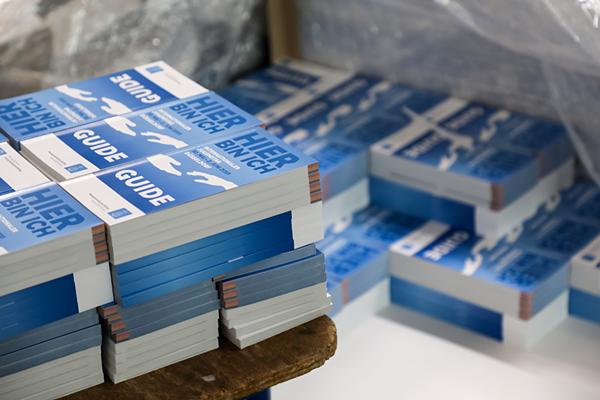 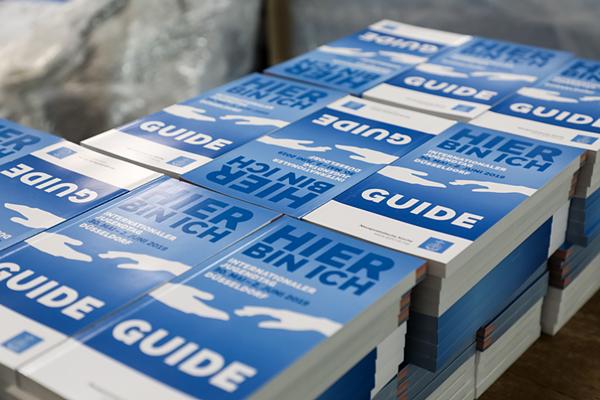 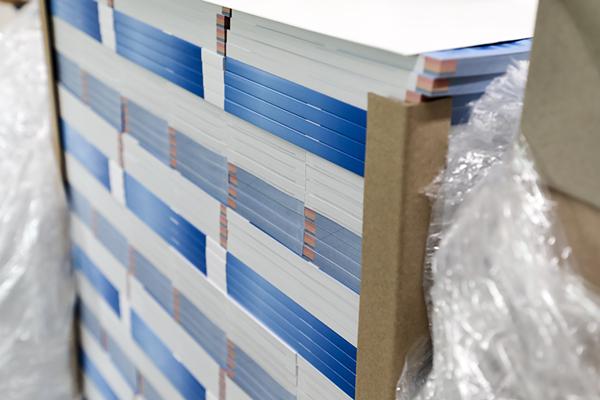 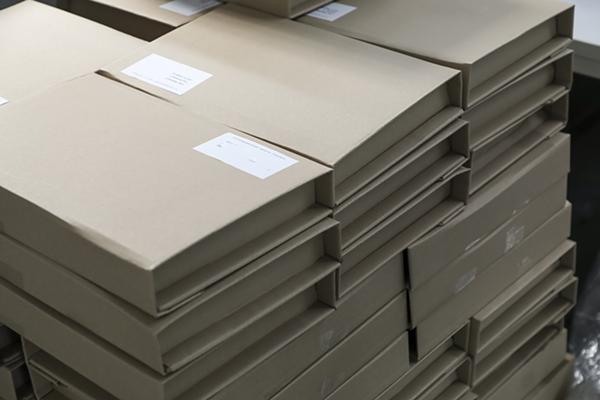