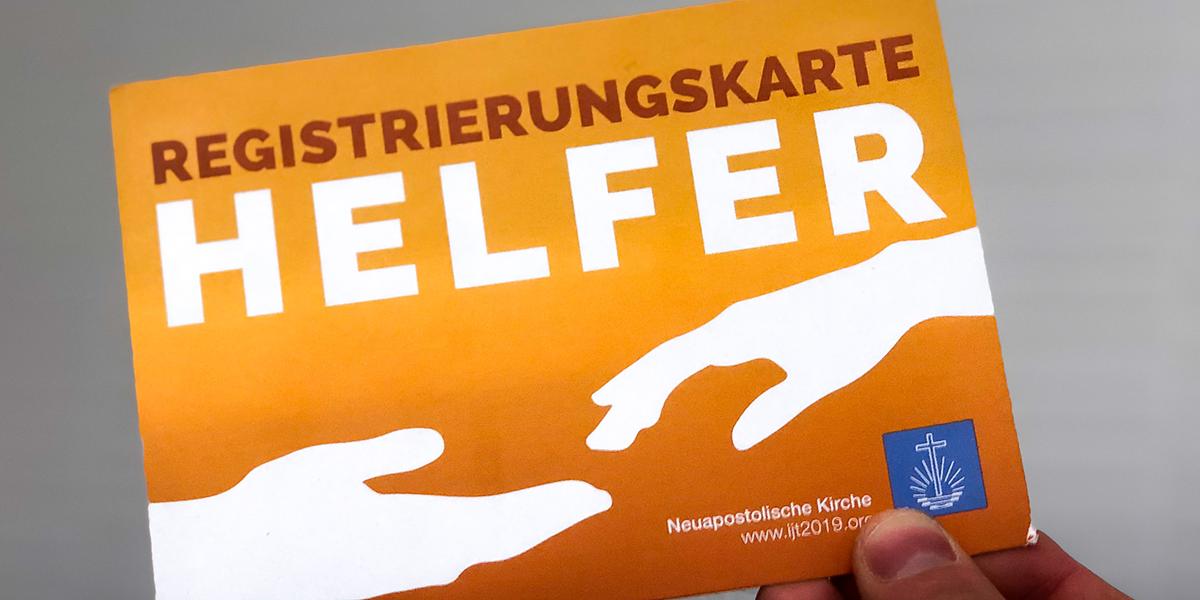 The registration of helpers has started

Applicants can now register to help out at the International Youth Convention 2019 with effect from 9th December 2018. The process is made with the use of a registration code through the website www.ijt2019.org.

Use the Registration Card

You can apply as a helper from 9th December 2018. Each helper must register him/herself using the "Helpers' registration card" which each congregation rector in Germany has received by post. They are orange coloured, differing significantly from the group leader cards in blue.

One of the preconditions to be a helper is the open availability on all four days of the event, the necessary degree of bodily fitness and being willing to take on shift work. Working hours can vary daily according to the allocated tasks. That could mean because of your individual timing or that of a rotating shift system (6.5 hours work – 11.5 hours free, possibly with a night shift). Helpers must also be of full age by 30th May 2019.

Each person who comes to the International Youth Convention is obliged to contribute his and her share toward the financing of this major event. Just as in 2009, at the European Youth Day, helpers are also asked to show their solidarity. The reward for all helpers is the opportunity, according to tasks assigned, to be there at the great events in the Arena, and in particular, to take part in Sunday’s divine service. Not only that, but to experience the International Youth Convention at first hand.

A separate dormitory for the helpers will be provided on the premises equipped with camp beds. Each helper will also be given the greetings packet, which includes the official t-shirt. A lounge room will be at their disposal for the periods between shifts, to where the programme of events will be broadcast.

As District Apostle Rainer Storck, host of the International Youth Convention 2019, wrote in a circular to the church members in Western Germany, “I encourage you to take the opportunity of experiencing this very special weekend together with our young Christian brothers and sisters and to add a contribution toward the success of this major event. I promise you that you will be impressed and rewarded by that which awaits you.”

Helpers must firstly create their profile in www.ijt2019.org under the menu “Supporting/Helping”. When the confirming registration mail has been received, helpers can continue the process using the helper’s registration code. The person’s profile must then be completed and saved. Personal preferences can be given under the button “Questionnaire”. When the helper registration process has been completed amendments to personal details can only be made through the support team (helfer@ijt2019.org).
Builders and users of booths are not designated as helpers but as participants. They will register themselves with the group code of their group leader. 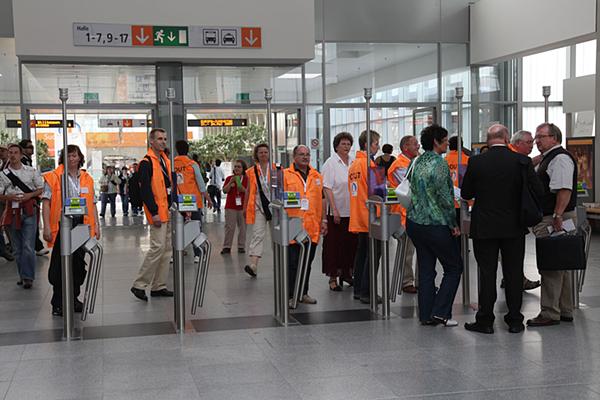 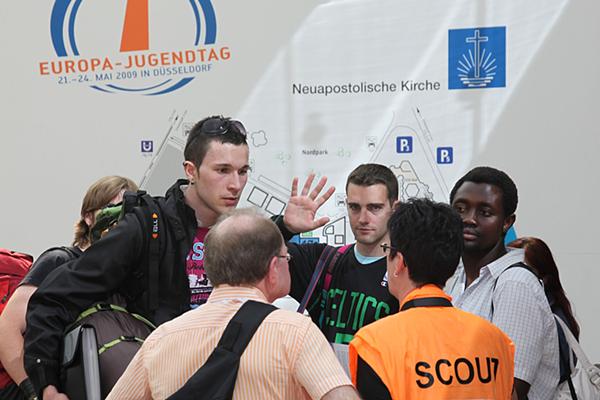 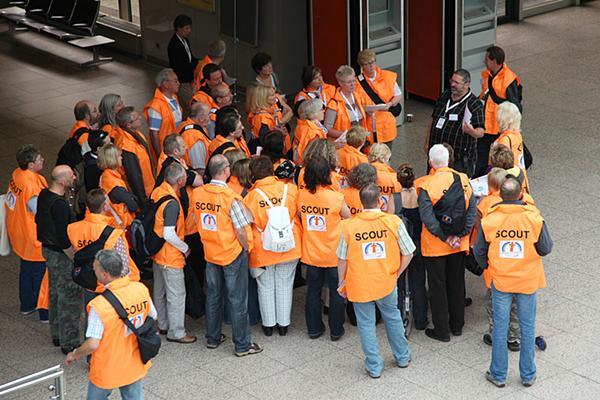